The humble catalogue is back and has indeed come of age. 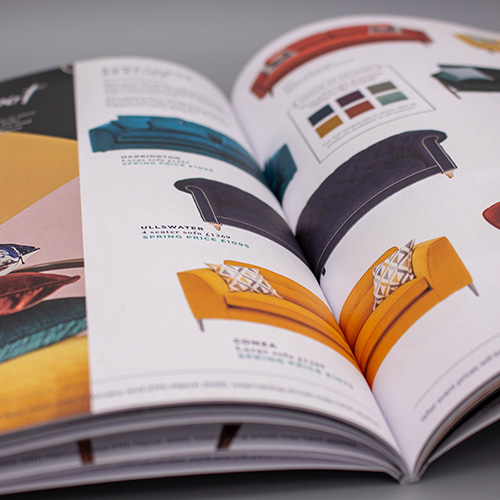 When I was young - around the time Charles Dickens was penning “A Christmas Carol” – children spent much of November poring over their Mum’s “club book”. The final pages of these home-shopping bibles were devoted to the toys and games that formed the basis of parents’ bribes, kids’ good behaviour, and many letters to Santa.

That Kays catalogue of the 1970s was the product of a long history which was kicked off by US store Sears. Their printed collection featured “everything from guns and chastity belts to whole houses” while, shortly after, Liberty in the UK produced its own version promoting a range of rather more exotic products. Large retailers everywhere followed suit.

Many, like Habitat’s and the early Next editions, went on to become iconic expressions of style and taste, rather than simply a listing of products. So much so that Habitat’s, which began life as a lowly fold-out sheet of brown paper, had become such “an aspirational artefact” that in 1972 it had a price tag of 20p – a similar cost to a pint of beer or a packet of cigarettes!

For a while catalogues languished but fast forward to 2020 and things have come full circle. Despite Argos’s earlier announcement that, after almost 1billion copies it was to stop printing its iconic bi-annual, its re-titled “Book of Dreams” is back! In fact, it features heavily in the company’s Christmas 2020 TV ad in which its two young stars are seen selecting a box of magic tricks.

Argos is not alone. Other retailers have recognised that, with stores closed, many of their potential customers are stuck at home with time on their hands to peruse printed materials. That’s borne out by Royal Mail research which found that 88% paid as much, or more, attention to mail during lockdown.

Some brands have gone full steam ahead, having already proven that there is a healthy return on the investment. The boss of fashion giant Jigsaw noted catalogues’ effectiveness as both a tactic to drive people to their website and “a brilliant way of keeping a brand front of mind during lockdown”.

Others such as Riverford, Wiltshire Farm Foods, Lands’ End, Shein and Cox & Cox are all reported to be exploring more and better ways of using print to the same effect.

The same, but different

The Internet changed retail, as have the events of this year. Savvy, agile retailers have been quick to respond recognising that print generally, and catalogues in particular, can help them weather the storm. But print has changed too.

Cutting-edge technology, data management expertise and smart automation mean that today’s catalogues have myriad additional benefits. They can be easily versioned, localised, or personalised to reflect preferences and purchase history. Simple QR codes, or more sophisticated image-recognition technology, make them seamlessly “shoppable” by driving consumers not just to a landing page but to a specific product. Something that gifting site “Not on the High Street” seized on last Christmas.

AR and VR enable a customer to see how a product, and especially a gift, might look in a particular setting, in a different colour, or uniquely personalised with a name or face added. A whole world of possibilities that mean not only is the humble catalogue back, it has truly come of age.

6 reasons why you should use Print on Demand

All our latest content on GDPR, Personalisation & Innovation delivered to your inbox a few times a month.